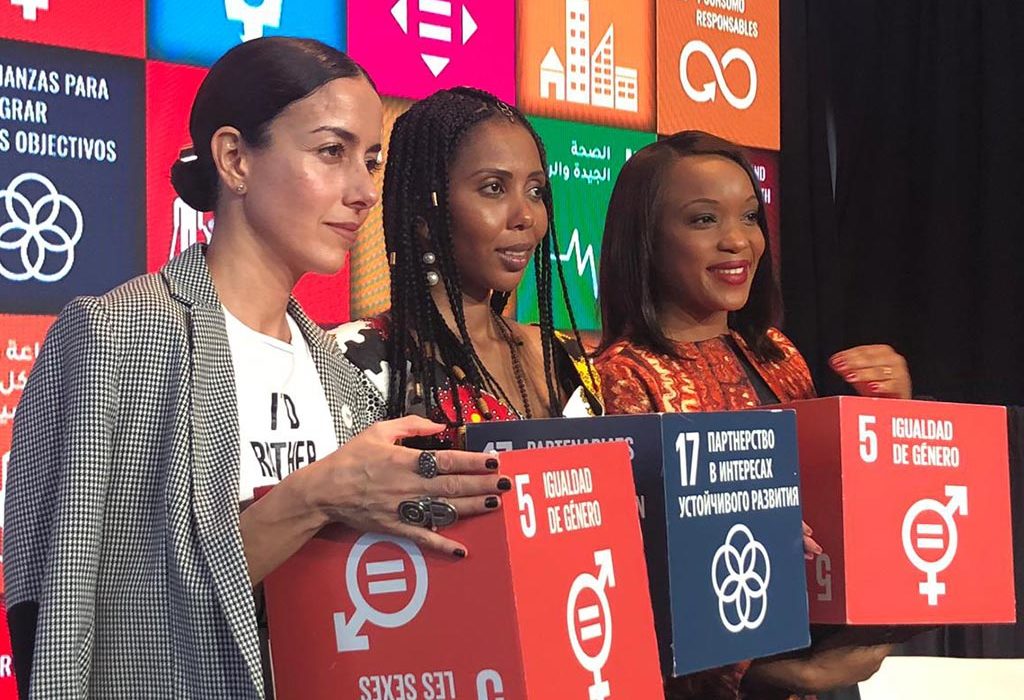 The SDG Media Zone is one of the main features of the UN General Assembly High-Level week. It’s where people and organizations who work to advance the Sustainable Development Goals, are recognized and celebrated. Our Founding President held talks with Mexican actress Cecilia Suarez and Gambian Women’s Rights Activist Jaha Dukureh. Both women have been using their fame and platforms to promote Goal 5 of the Sustainable Development Goals: Gender Equality.
Jaha Dukureh is a survivor of Female Genital Mutilation. Through her tireless grassroots campaigning across her native Gambia, she was instrumental in the Gambian Government’s ban on female Genital Mutilation.

Cecilia Suarez for her part has been raising awareness on violence against women and girls and other forms of human rights violation to over one million people on her social media platforms.
The three women discussed how to change attitudes and ensure that all girls have access to quality education. 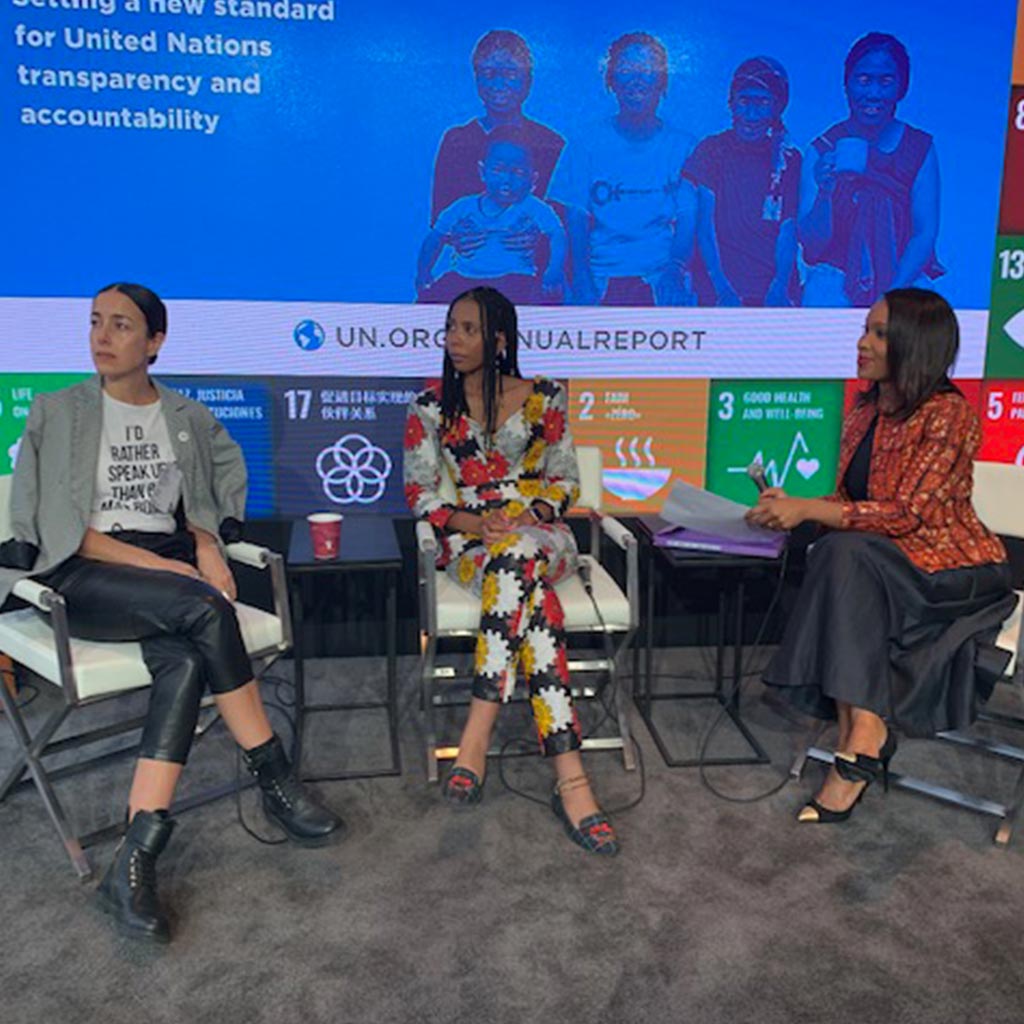 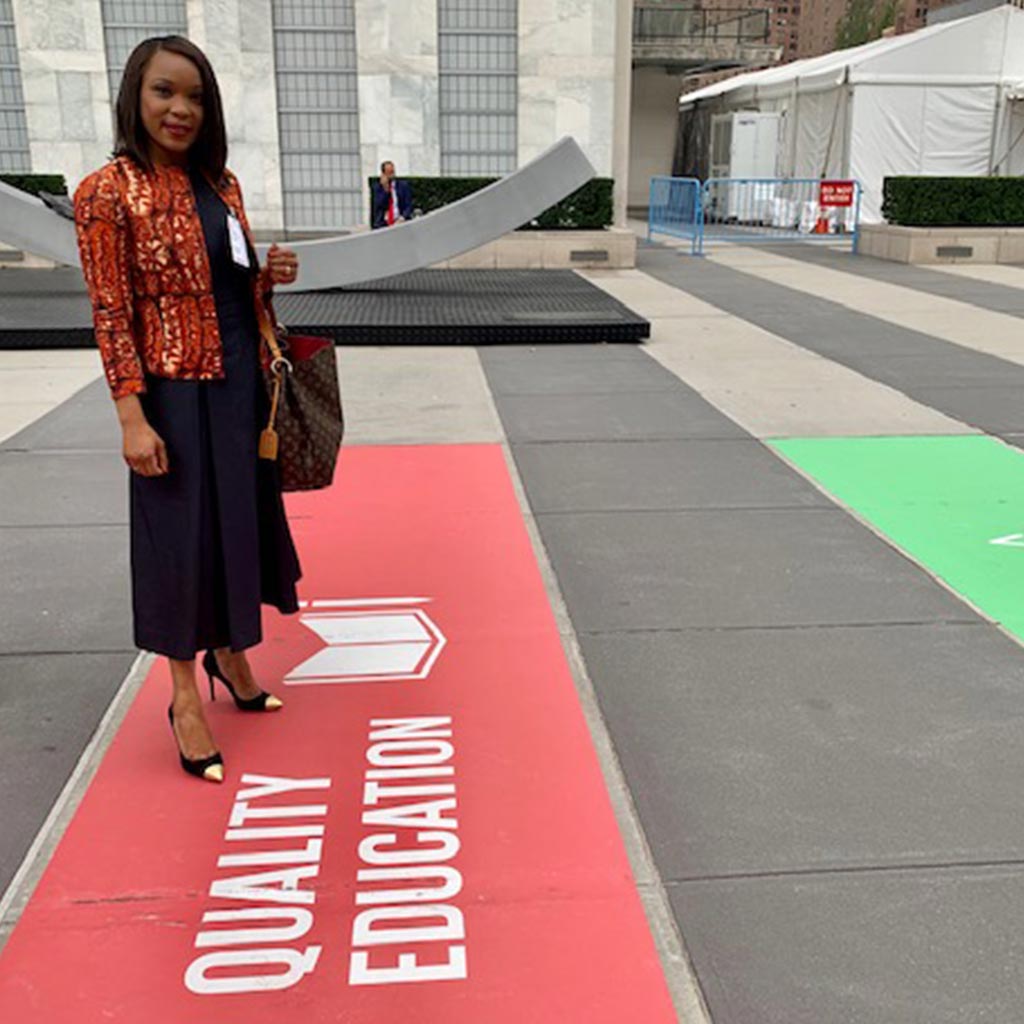 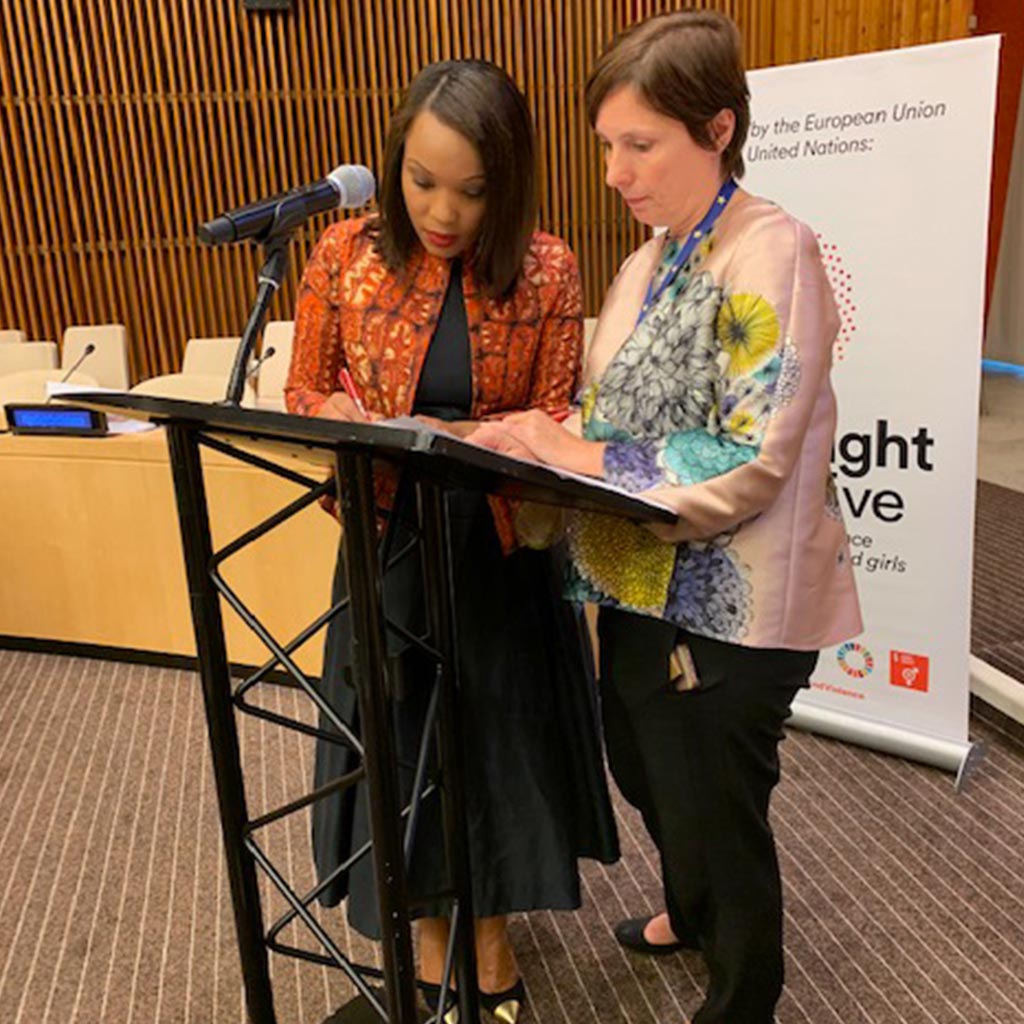 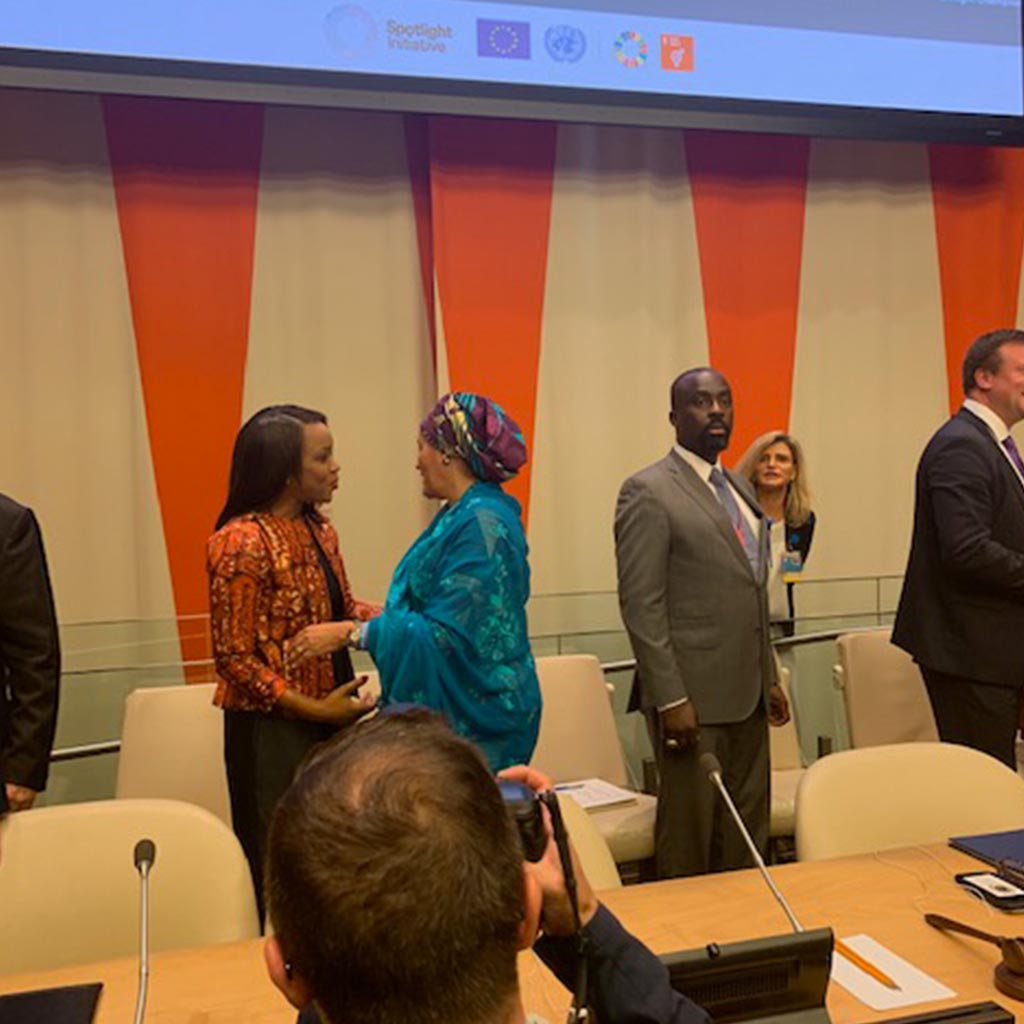 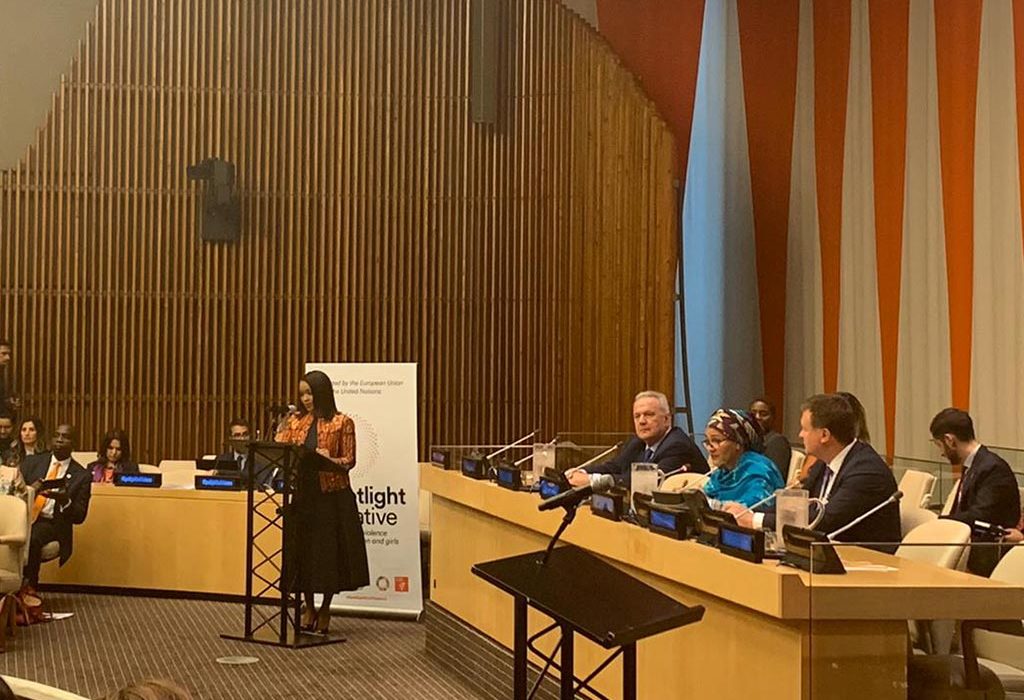 The Spotlight Initiative is a joint, multi-year partnership between the United Nations and the European Union, which launched in 2017 with the mission to end ALL forms of violence against women and girls by the end of 2030. Spotlight has placed the issue of violence against women in the center of efforts to achieve gender equality and women’s empowerment in line with the UN’s 2030 agenda’s focus of leaving no one behind. The initiative has deployed and targeted large scale investments in Africa, Asia, Latin America, the Pacific and the Caribbean.

Folly moderated a high-level discussion on the progress and perspectives of the Spotlight Initiative at the UN’s ECOSOC chamber. The event was attended by Amina Mohammed, the Deputy Secretary General of the United Nations, the European Union’s High Representative for Foreign Affairs and Security Policy, Federica Mogherini, the president of the Republic of Niger Mahmadou, the European Union Commissioner for International Cooperation and Development Neven Mimica and civil society leaders and women’s rights activists from all over the world.

Other high-profile guests included Mexican Actress Cecilia Suarez and Gambian women’s right activist Jaha Dukureh who are champions of the Spotlight Initiative and have been using their fame and platforms to advance and promote Gender Equality. Folly interviewed them both in the SDG Media Zone which is of the main features of the UN General Assembly High Level Week. 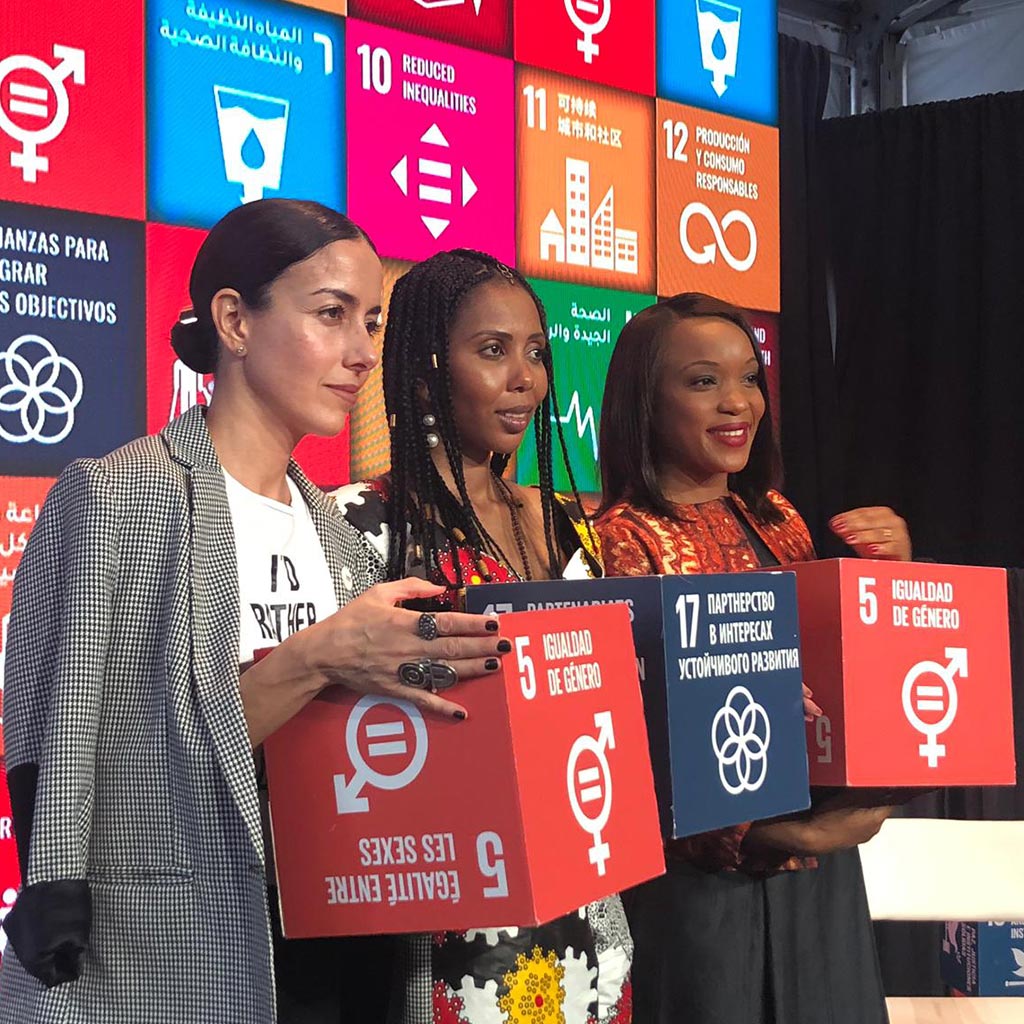 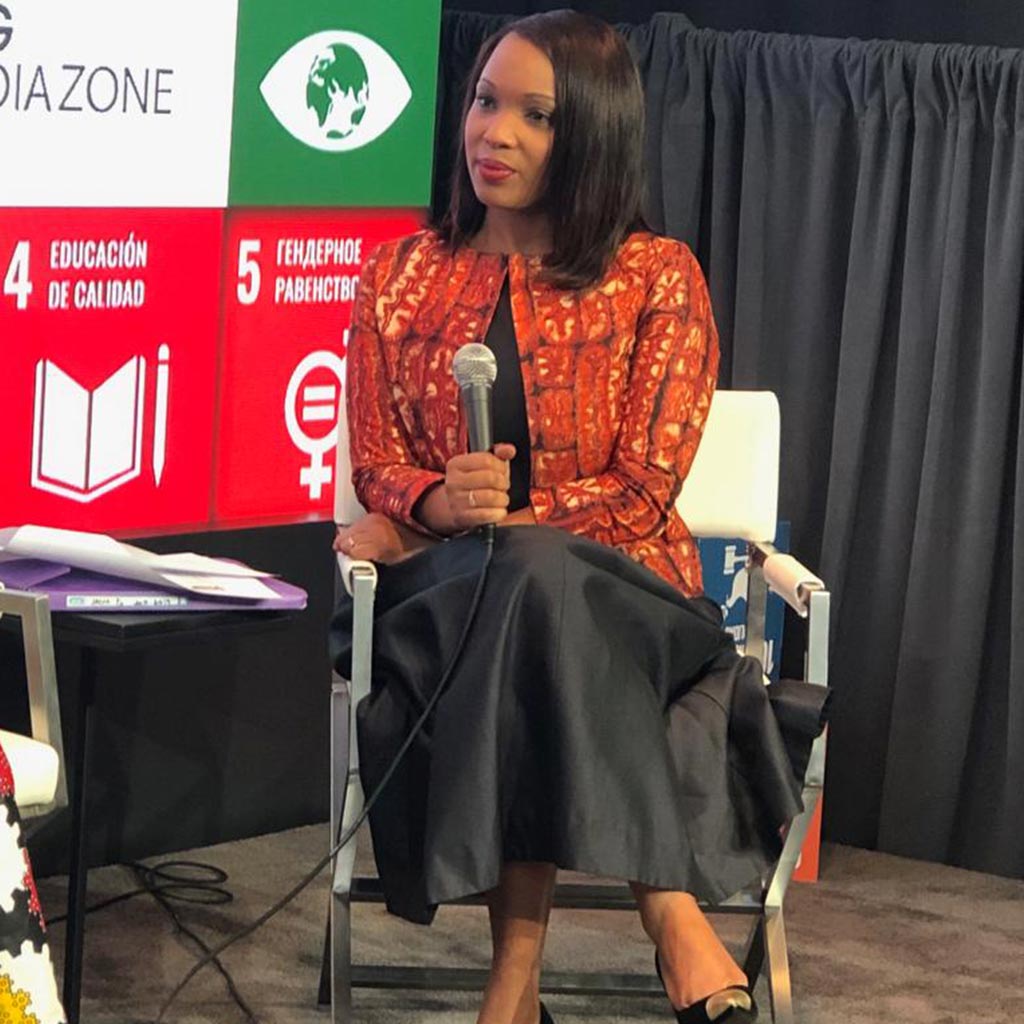 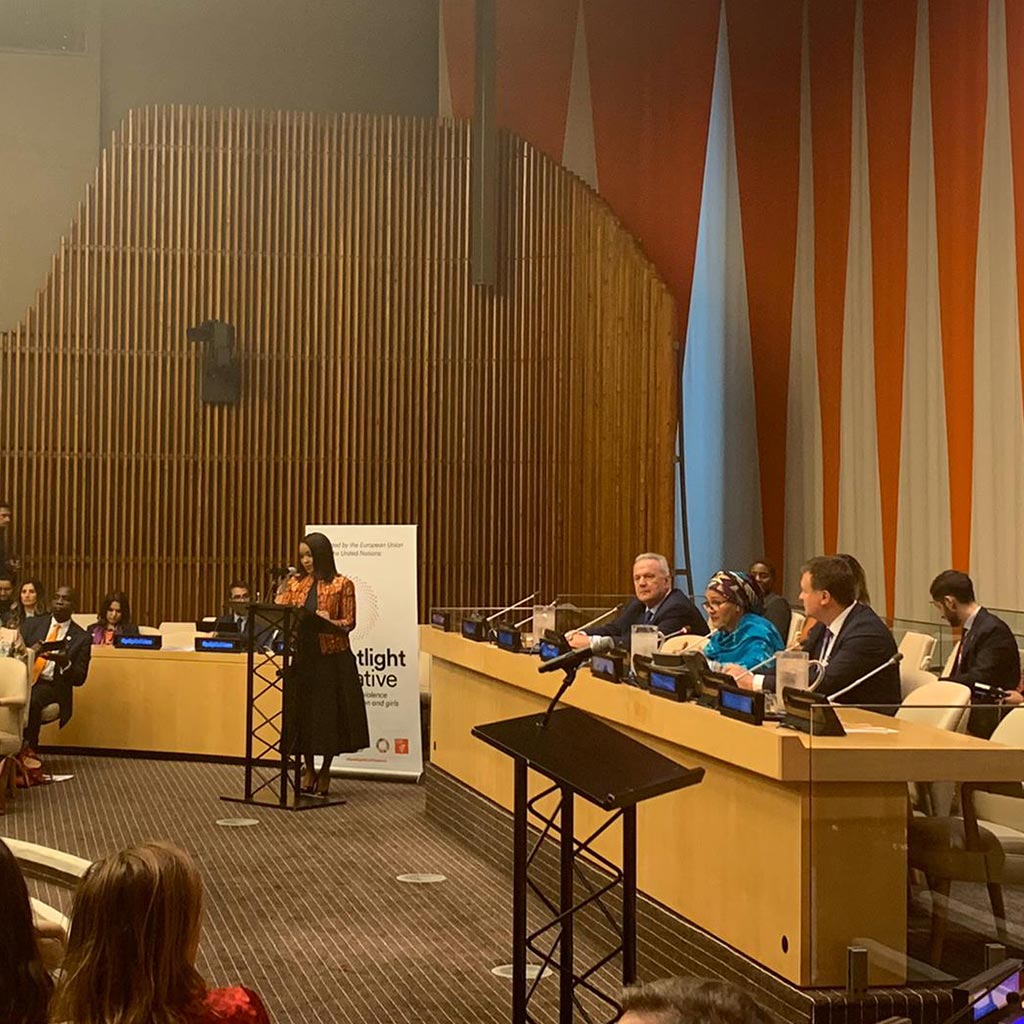 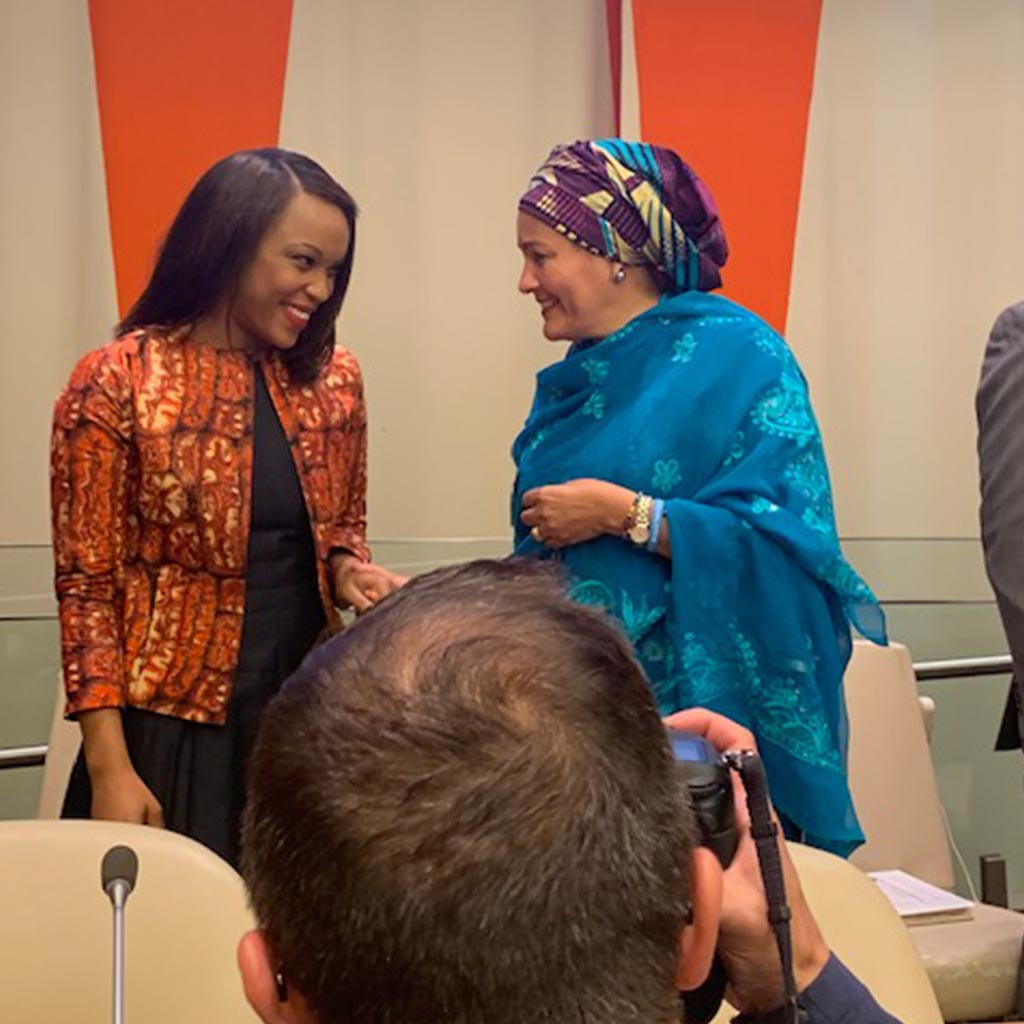